Used Ford Fusion in Surrey, BC

Used Ford Fusion in Surrey, BC

A Ford Fusion has so many different looks, so many different features, it is fully capable of being the right vehicle for anyone -- even you. Everything about it is made to fit any lifestyle from its midsize classification to its array of different interior and exterior colours. For those who prefer more economical options, there are features to opt for such as efficient engines and even hybrid and plug-in models. New or used, a Ford Fusion will always feel like it was made especially for you. 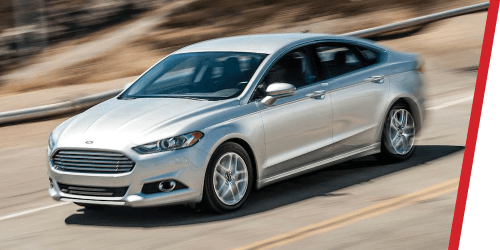 The Ford Fusion's EcoBoost technology allows for maximum efficiency to be utilized from every litre of gas you invest into it. The 1.5L EcoBoost engine can get fuel consumption as low as 6.5L/100km with the 6-speed Select Shift automatic transmission.

Also, an available feature of EcoBoost is Auto Start-Stop, which shuts off the engine power when the vehicle comes to a complete stop and seamlessly restarts as you release the brake pedal to keep on moving. 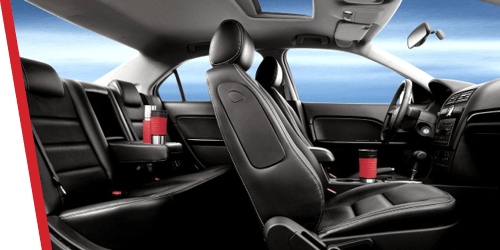 From the moment you take a seat inside a Ford Fusion, you'll know it was the right choice. Everything is made with a keen eye for detail. From the available 7 hues of ambient lighting, every passenger will feel relaxed while settling into the EcoCloth seating. Each of these seats has nearly 40 16-oz. plastic bottles, meaning that Ford does not stop its sustainability efforts just at the EcoBoost engine.

Additionally, the underbody shields and other interior design allows for effective sound-absorption, so you can shut off the world around you and just focus on the road ahead. 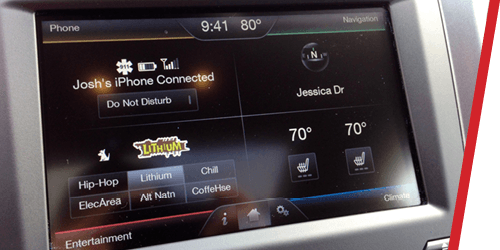 Perhaps one of the most alluring technological features of the newer Ford vehicles is the coveted MyFord Touch with Ford SYNC. A 6.5-inch touch-screen display is intuitive to your every need, whether it is switching between your favourite tunes or navigating the world with the available Navigation System.

Additionally, Ford SYNC allows for you to say commands that are easily picked up by the system such as 'Play Playlist.' 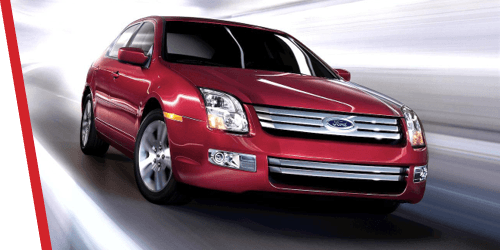 The Ford Fusion has added a flurry of new technological advancements to its arsenal including a Blind Spot Information System (BLIS). This system comes in the form of two rear radar sensors that warn the driver of other vehicles entering your blind spots on either side.

While originally purposed for highways and busy roads, the BLIS system can also detect whether vehicles are approaching you on either side while reversing out of a crowded parking area.

With over 20 years of experience, Basant Motors knows a thing or two about cars. In fact, as one of the premier dealerships in the Lower Mainland, Basant Motors has learned almost everything there is to know about finding someone the perfect vehicle. Basant Motors has long preached a top-notch customer service experience and leading maintenance work so that even if your vehicle needs repairs, it is done in a timely and responsible way to give you peace of mind. At its current location of 16315 Fraser Highway, Surrey, we offer a state-of-the-art showroom that we would love for you to experience.